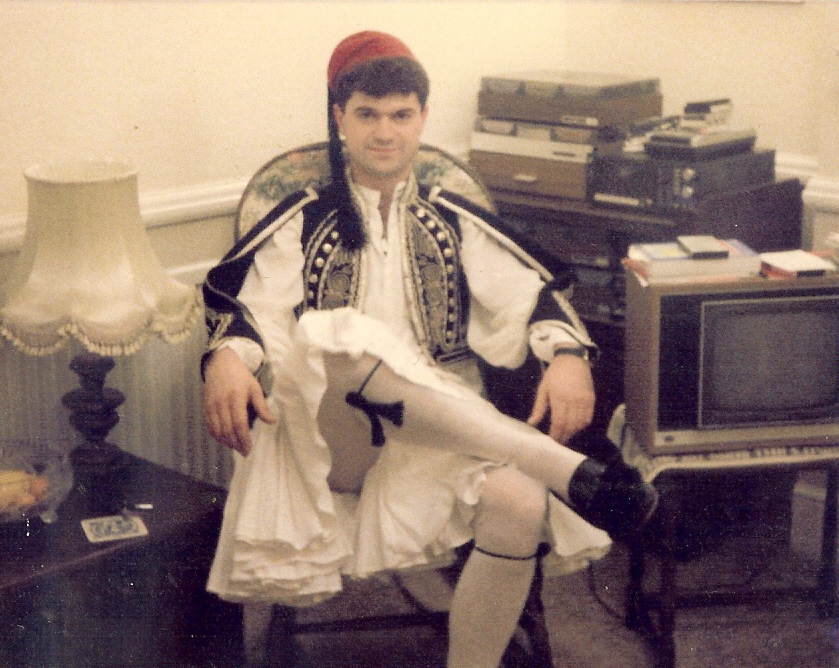 Well I have finally managed to get to my 50th post since starting my blog way back in 2012. OPA!

In celebration I have decided to educate you all in how to make/keep a Greek man happy in fifty ways. Some of you may not want to make your Greek man happy and even I can’t be bothered at times, but still, when in doubt it is good to have something to refer to.

So there you have it. Basically the solution to making/keeping your Greek man happy is to attend to his every need, make sure he is well fed and ensure that he always feels that his opinion is heard and valued. Oh and don’t complain about it. Simple!

P.S. Yes that is a photograph of my father in his younger years, wearing Greek traditional dress and looking like a very smug, happy Greek man. My mother has since seen to that.