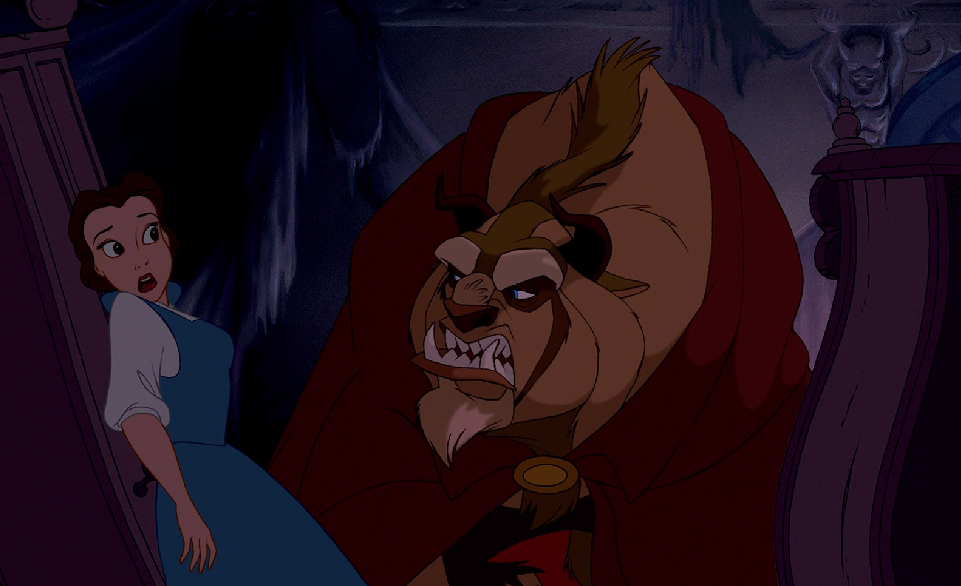 As well as ranting on about all things Greek, I also write for non-Greek-related publications (!) including The Huffington Post.

Recently I penned an article about how many youngsters are heavily influenced by the media and society when it comes to relationships. Heck, even Disney movies teach us that love is blind. Do some of us unconsciously gravitate toward relationships that aren’t good for us because of what we have learnt through the media? I explore these themes in my article. You can read the original post here.

A Toxic Kind of Love

A friend of mine was recently sitting on a bus, offering comfort to a close pal who was confiding in her about her controlling, verbally abusive boyfriend. At only 20, the girl was already starting to question her looks, dress sense and career plans, based on the opinions of her jealous, dominating 23-year-old sweetheart of one year. As the bus stopped, an elderly woman who had been sitting nearby got up and handed a note to the girls. The note read, “You need to get out now. Trust me, I’ve been there.”

Many people often seek comfort from friends and family when their relationships show signs of deterioration, but strong advice is not always acted upon or even given; in this case, it took a complete stranger to issue the wakeup call that was desperately needed. The girl in question was arguably young and naïve and not yet strong enough to stand up to someone whose own behavior displayed signs of emotional immaturity. Yet increasingly, it seems that even confident, independent women are bearing the brunt of their partner’s insecurities and continuing to suffer at the hands of the man they supposedly love. In the UK alone, more than 1.1 million women have been victims of some kind of domestic abuse in the past year.

Of course we all say things we don’t mean but the continual put down and dismissal of a partner’s ideas, ambitions and individual opinions is incredibly damaging. The strange thing is that more and more women seem to be accepting of this behavior and what is worse, conclude that it is a mere mild fault of their loved one that should not overshadow their good points.

Take Nigella Lawson for example. Whatever personal issues she may have had, there is no denying that Nigella is a talented, intelligent, beautiful woman who could no doubt have had her pick of fish in the sea. Yet, she ended up married to the ‘brilliant but brutal’ Charles Saatchi, a man who she claimed subjected her to ‘intimate terrorism’ which left her feeling ‘isolated and in fear.”

While it seems easy for us to say that Nigella surely had both the financial and emotional support to simply walk out and create a new life for herself, in practice, turning your back on a long-term co-dependent relationship can cause such turmoil for all parties involved that it may seem preferential to just ‘stick with it’. For most of us mere mortals, walking out is not even an option. Finances may be tied up, children are often involved, or traditions and religious views may bear a heavy weight on our decision. Sickeningly, the word ‘fear’ is often used as a reason to stay. ‘I fear he will destroy my confidence’. ‘I fear I won’t find anyone else’. ‘I fear he will try to take the children from me’. Heartbreakingly, I have heard this last statement one too many times.

In this modern age where gender equality is such a current issue, why are some women still being controlled both mentally and sometimes physically by their male counterparts? Is the man entirely to blame? Or have we become prisoners of our own devices, welcoming behaviour that we have been taught to accept from childhood as normal?

The media plays a huge part in what we view as acceptable and non-acceptable behaviour. From a young age we are taught the basics of right and wrong, to love and not to hate, to say sorry and more importantly to forgive. But what about the more subjective matters that surround love such as jealousy, power and control?

In all its controversy, pop culture has often been blamed for romanticising negative relationships and sending mixed messages to impressionable young minds. You only have to listen to Rihanna sing ‘Just gonna stand there and watch me burn, that’s alright because I like the way it hurts’ to see why some youngsters and adults alike believe that intense passion and intense pain go hand in hand.

Ambiguous song lyrics about love are nothing new. Back in 1962 pop group The Crystals had a hit with their song ‘He Hit Me (It Felt Like a Kiss)‘. Apparently intended as a sympathetic story, the lyrics were largely perceived as an endorsement of domestic abuse, ‘If he didn’t care for me, I could have never made him mad, But he hit me, and I was glad’.

Even Florence Welch has jumped on the bandwagon with her record ‘Kiss with a Fist’ which she explained was about ‘two people pushing each other to psychological extremes because they love each other’, with lyrics such as ‘You hit me once, I hit you back, You gave a kick, I gave a slap, You smashed a plate over my head, Then I set fire to your bed’. Taken literally or not, the message is clear: Psychological abuse is OK when expressing your love.

In books, films and songs the greatest love of all is always perceived as difficult, even if only to begin with. As children we absorb the fables and fairy tales and grow up trying desperately to mesh our idealistic fantasies with the cold reality of life.

My favourite Disney film is Beauty and the Beast; a story about Belle who is clever, brave and doesn’t glamorise her looks like most of the other princesses. When her father is captured by the Beast, Belle goes to save him and offers to take her father’s place. She goes on to win the heart of the Beast who eventually shows his more gentle side, transforms into a handsome man and they live happily ever after. While it never occurred to me that the Beast was anything other than a misunderstood animal who needed some tender loving care, I was firmly of the opinion that Belle’s other potential suitor, the vain Gaston, was a male, chauvinistic pig. Despite aggressively locking Belle in a room, refusing to give her food or water unless she dined with him, and howling so ferociously in her face that she flees the castle fearing for her life, the Beast seemed a much better choice than the superficial, egg-loving French-man.

I somehow missed the glaringly obvious examples of Stockholm Syndrome and the Beast’s violently aggressive nature and dismissed it all as his mere frustration at being cursed by an enchantress. I learnt that being kind and gentle, will surely tame even the most violent and emotionally abusive of monsters. Sadly in reality, telling someone you love them does not prompt a magical transformation accompanied by fireworks and singing teapots.

There are various example likes this across the board and children lap it up. Of course there is the danger of the slippery slope here and are we to say that women who put up with controlling relationships do so because Walt Disney told them too? Well no, but it is obvious in most childhood stories that we are taught that abuse, bullying, ostracism and criticism, whether direct or indirect, passive or impassive, can all be swept under the rug with just one kind word.

In our adolescent studies, the examples become even more confusing. Othello smothers his wife Desdemona believing that she has committed adultery; Bill Sykes beats Nancy to a pulp just after she has declared her love for him by singing ‘As long as he needs me’; the powerful, charming Christian Grey tempts innocent young Ana Steele into his dark world of sado-masochism. So ok, he spoils her a little with material goods; but he also punishes her by giving her a good sexual beating, has her followed, picks out her clothes and decides who she can and can’t speak to. Yet we don’t question their love, for true love is always painful and sacrifices must be made. As the saying goes ‘You always hurt the one you love’.

Aside from the skewered view of the modern media, for hundreds of years it was believed that domestic abuse was in fact legal and that a man had a statutory right to beat his wife if she fell out of line. The well-coined phrase ‘rule of thumb’ was thought to have originated in ancient Welsh laws which apparently stated that ‘a man may beat a woman with a stick no thicker than his thumb’. However, while British common law permitted a man to give his wife ‘moderate correction’, this specifically excluded beatings and only allowed the husband to confine his wife to the household; Beauty and the Beast springs to mind once again.

In the United States, the Massachusetts Body of Liberties adopted in 1641 states, ‘Every married woman shall be free from bodily correction by her husband, unless it be in his own defence upon her assault’. Nevertheless these legal policies do not extend to other countries and shockingly, physical chastisement of women is accepted as common place in some cultures. While the origin of ‘rule of thumb’ may not be accurate, belief in the existence of laws that excused spousal abuse still lurks in certain circles and the fact that women had little recourse to physical abuse was certainly true and in some cases still applies today.

Of course while I have focused on the acceptance of abuse towards woman, we should never forget that men too can be victims of mental and physical abuse. In the past year there have been 720,000 men in the UK who have reported cases of abuse, with many more unreported. The shame and embarrassment that many victims feel is just one of the reasons even more cases are never reported. Overall, 30.0% of women and 16.3% of men had experienced any domestic abuse since the age of 16, equivalent to an estimated 4.9 million female victims of domestic abuse and 2.7 million male victims. Disturbingly, surveys show little difference in attitudes between men and women towards acceptance of abuse with around 10% of the British public believing it to be acceptable to hit or slap their partner during domestic spats.

From a young age we are taught that forgiveness and acceptance is the key to happiness. But have these teachings been misconstrued to such an extent that we now have a warped view of what actually deserves forgiveness and acceptance? Do we now unconsciously gravitate towards destructive relationships, believing that without pain there can be no real passion? One thing is certain; abuse of any kind is not acceptable, and no amount of fairy-tale airbrushing can excuse the damage of a toxic kind of love.