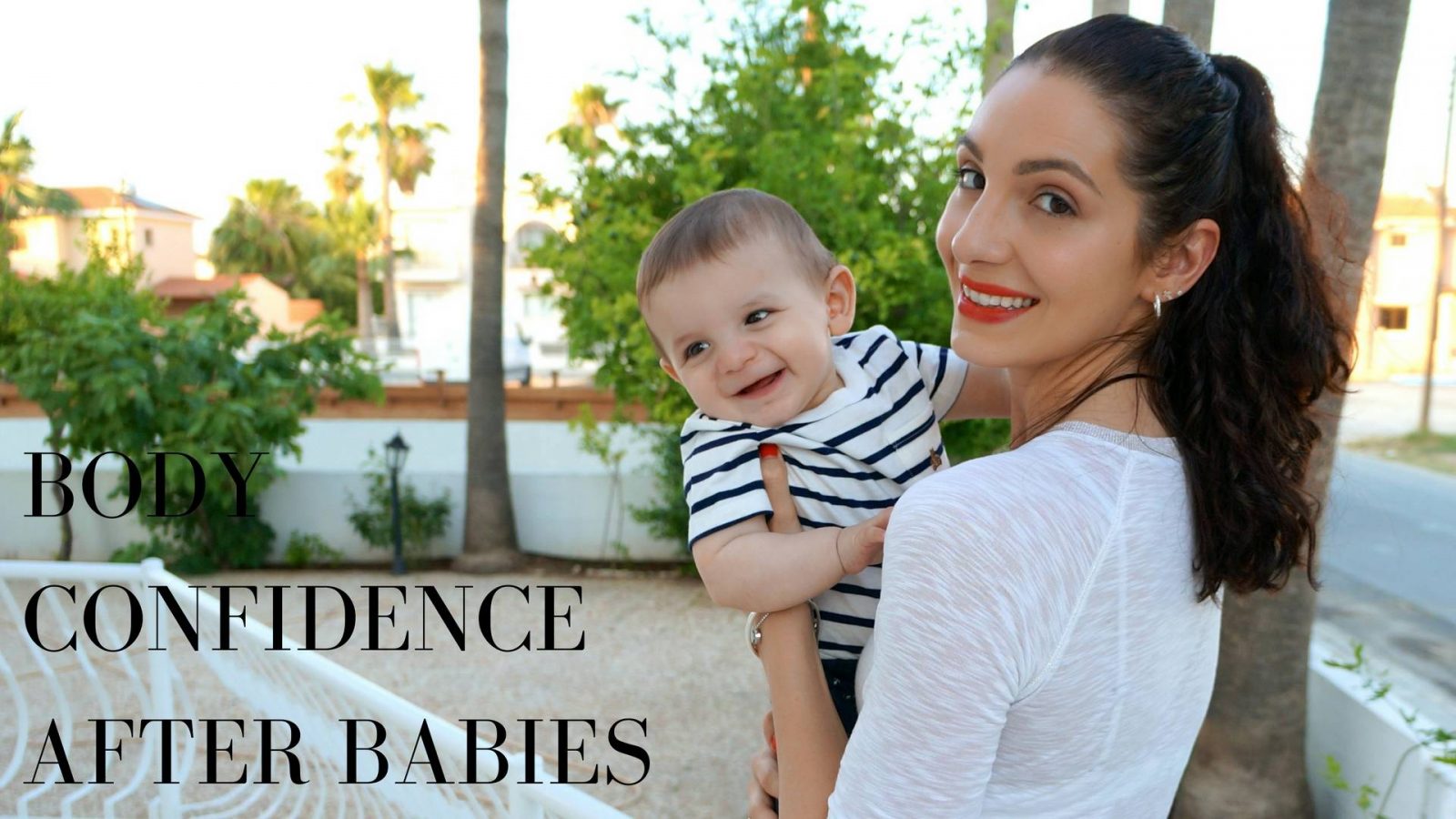 This week I opened up yet another magazine to see a picture of a celebrity flouncing around in a teeny weeny bikini ONE MONTH after giving birth. “HOW IS THIS POSSIBLE?!” you could hear readers screaming. Well the hard truth is – it is for some, and not for others. What we have to remember is that we are all different and that’s absolutely fine. Some people completely change after having kids, some have better bodies than before. But I’m sure most mums will agree that your body image changes, even if your physical body doesn’t. It has gone through an amazing, yet sometimes gruelling experience and our body image and confidence after babies can sometimes go through that too.

In our social-media-driven, surgically enhanced times, the pressure is definitely on to look good at all times, even when you’ve just given birth to a watermelon. Years ago (think Call the Midwife) the priority of mothers was on their newborn babies. Now sadly, in part thanks to the media, it seems to be on on our post-baby bodies.

Of course vanity is part of human nature and showing our best side is not a bad thing. But many of these airbrushed shots of celebs with their newborn tots are not realistic. And it’s causing lots of new mothers to lose confidence in themselves and the way they look.

We could argue that really we should never compare ourselves to others. And we should also accept and celebrate the fact that some people simply do bounce back after having a baby and good for them!

A few months after giving birth to my brother, my naturally slim, athletic mum came across a woman who told her that she ‘won’t look like that after having children’. It must have come as a bit of a shock to this lady when my mother replied that in fact she had three! As a ballerina, my mum was obviously in great shape prior to having us and she even left the hospital after giving birth to me in her pre-pregnancy jeans.

Now before anyone says, ‘well she must have had very easy births’ etc, yes with myself and my sister they were pretty straight forward and she didn’t put on that much weight during her pregnancies. However, she had an emergency C-section with my brother and by her own admission put on a lot more weight than her body was used to. Still, that weight dropped off very quickly and within weeks she was ‘back to normal’.

The point is, some people will naturally regain their pre-baby body. Not everyone will get stretch marks. Not everyone will lose their previously perky plums (ahem). And the sooner we accept that the better we will feel about ourselves. Because there is no point in comparisons.

My body has definitely changed after having my two children. For one, my feet are wider (!) due to fallen arches and for some reason I seem to have bigger shoulders…! I also had diastasis recti (muscle separation) with my first pregnancy and my belly button will never look the same again. But that doesn’t mean that my body image and general confidence about myself have to change. If anything I feel more confident now! I don’t worry so much anymore because I’ve got two other major things to worry about!

There are of course people who have literally transformed their bodies after giving birth and look better than they ever did. Through healthy eating and a serious exercise regime, there really doesn’t seem to be a lot that certain health programmes can’t help you with. However, for the majority of us who are not in the media’s glare, this is either just not on our list of priorities or we simply don’t have the time!

That is not to say that we shouldn’t take pride in being healthy and looking after ourselves, particularly after having children. We have to be the best we can be to take care of someone else. But confidence truly comes from within. And without that inner acceptance of ourselves we will never feel secure and at peace.

On holiday a few weeks back I saw lots of lithe young things wearing extremely itsy bitsy biknis and it literally suddenly hit me that here I was, a mum of two, and no longer in my twenteens (!). Yet did I feel jealous or wish for my pre-baby washboard stomach? Well ok…maybe just for a moment…but quite honestly, I think I was more worried about my body BEFORE babies than I am now.

So don’t fret if you’ve just had a bambino and you feel like a deflated balloon. Give yourself time to get to where you want to be and remember we are ALL GREEK GODDESSES.