Some of you foodies out there will definitely have heard of the culinary genius that is the delightful Theo Michaels. If you haven’t, The Greek Wives Club are excited to introduce him to you!

Born in London, Theo has eaten his way through a lot of the globe and lived in American for five years before settling down in the UK with his wife and three children. Coming from a Greek Cypriot background Theo lives and breathes the Mediterranean diet and his passion for gastronomy has seen him reach the heats of the 2014 Masterchef semi-finals and led to appearances to on BBC Breakfast News, Sky TV, The Food Networks and The Big Eat.

Theo runs a popup restaurant usually seating around 40 people, serving an 8 course taster menu and when guests can’t get a table (events sell out in under a minute) he hosts private dining parties at peoples homes, you can read their reviews.

A champion of modern Greek cooking, Theo has also just signed with a publisher and will be bringing out his new book this autumn.

You can check out Theo’s fabulous recipes on his website TheoCooks.com and follow him on social media using the links below: 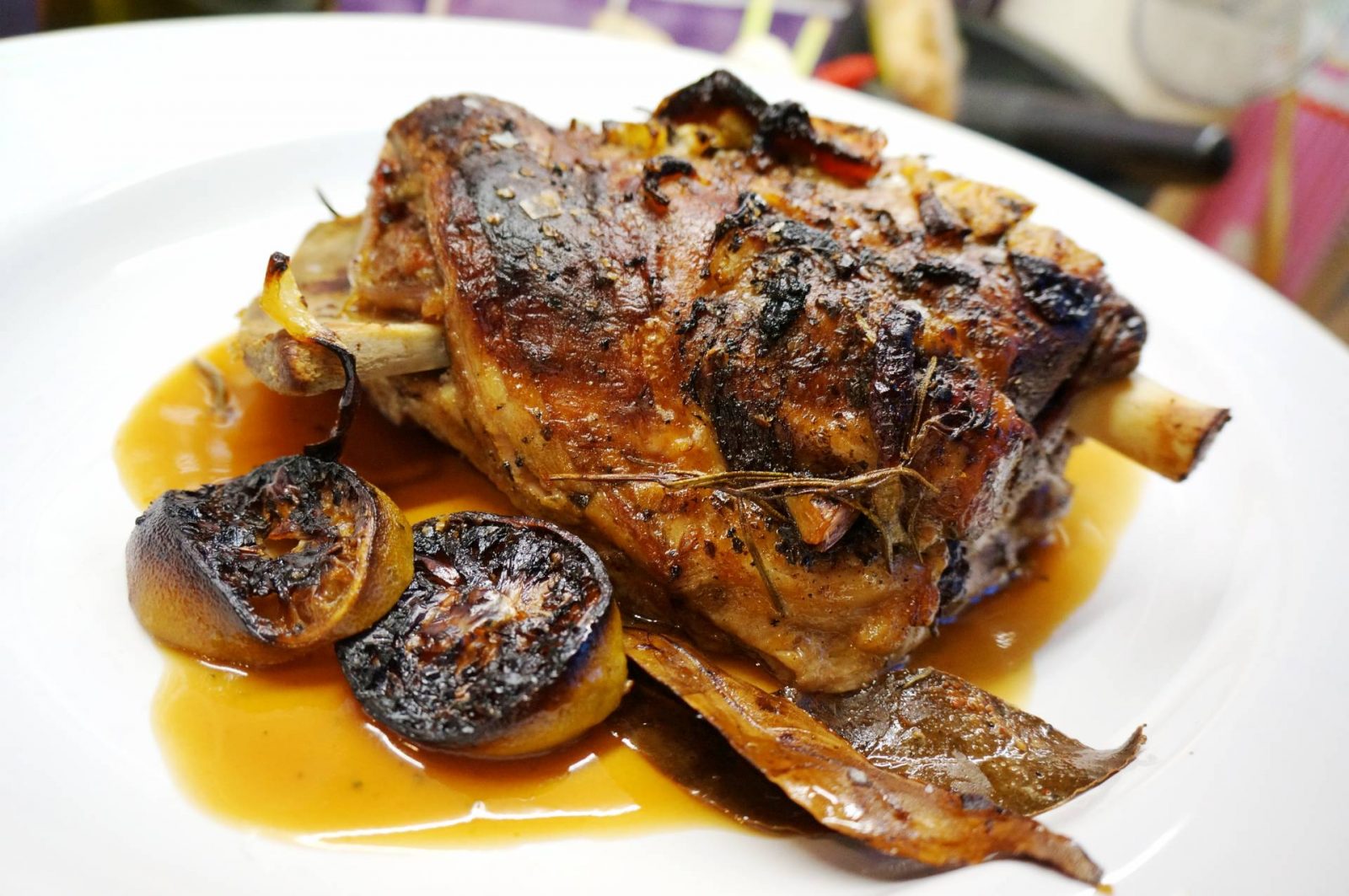 Nothing will send your tastebuds to a Greek Cypriot taverna quite like Kleftiko.

Slow cooked lamb that remains totally succulent and literally falls off the bone (you can cut it with a spoon, seriously, you can) and it’s almost impossible to get wrong!

Teaspoon of smoked paprika (OK, not a traditional ingredient but I think it adds a little smokiness that is missed by cooking it in the oven)

3.       Drizzle some olive oil, sprinkle half the sliced onion, a bay leaf, some rosemary, some of the oregano, some of the tomato slices and a couple of slices of lemon and half the garlic. Season well and place the meat on top.

5.       Point to remember – cut the tomatoes quite thick and use the majority on top of the meat; they will almost turn into sun dried tomatoes; very concentrated and rich… lovely!

9.       Once the 4 hours is up; remove the meat from the oven, turn the oven up to 200C degrees and let the wrapped meat sit for 20 minutes outside the oven. Then cut the foil wrap open at the top, peel away as much as possible and pour the juices into a saucepan to make some gravy.

10.   The oven should be to temperature by now (about 200 degrees), so return the unwrapped meat to the oven for another 10-15 minutes (check it after 10 minutes – you want the meat to start to crisp but not burn).

11.   Remove the meat and pop it on a serving dish and stick it in the middle of a table for people to help themselves – this is all about sharing the pleasure.

Goes well with some Tzatziki, rosemary roasted new potatoes and a rowdy bunch of friends or family to share it with – this is a feast for noisy companions not boring fine dining!