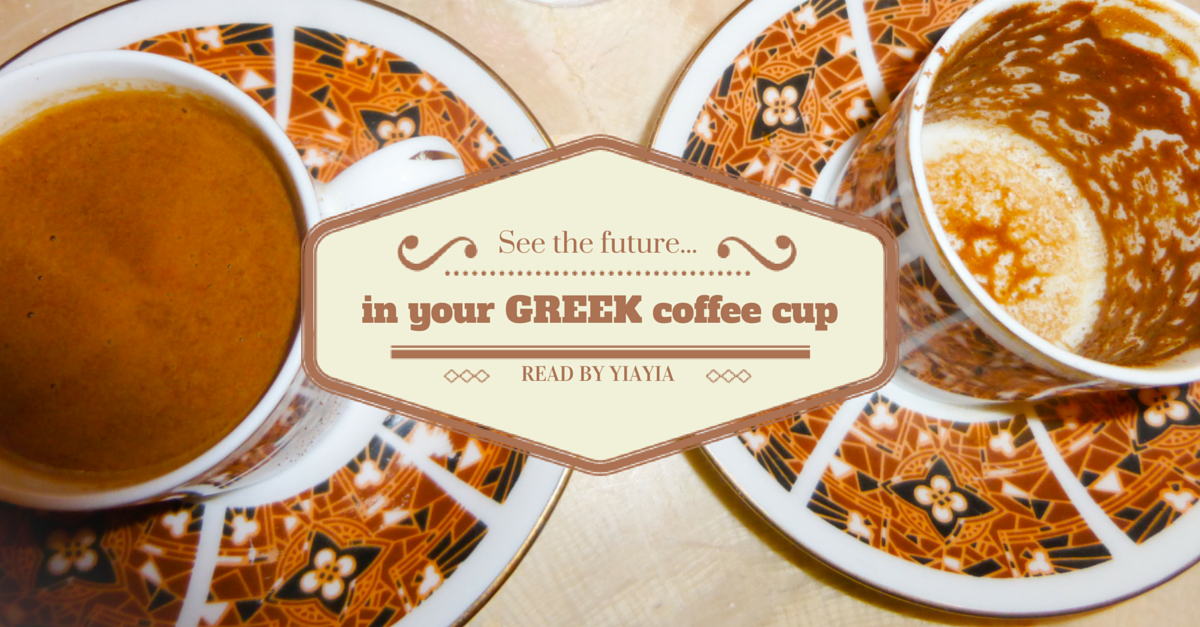 A few weeks before my father met my mother, his aunt read the future in his coffee cup. She told him that she saw the shape of an aeroplane and a heart, which she inferred meant that he would meet a foreigner and fall in love. My father had scoffed at this having met many tourists in his time, all of whom had been disposable.

A short time later, my mother arrived on an aeroplane from the UK, met my father on the third day, and said goodbye to life as she knew it.

The ancient art of coffee cup reading (officially known as Tasseography) is a skill that sadly not many of the older Greek generation have passed down to their children. So whilst my Yiayia is on an extended holiday in the UK, I am attempting to learn how to read the remnants of the coffee bean.

How to Read a Coffee Cup

Your cup should be held facing out on its side and be turned three times clock-wise. The cup should then be overturned onto a paper towel for a few minutes.

Remove the paper towel and hold your cup upright. You are now ready to interpret the signs and symbols that the coffee residue has left behind in your cup.

Animals, initials, nature and more could be present in your cup!

If there are big shapes close to the top of the cup, a big event will happen soon.

There are plenty of books out there on coffee cup reading (I have yet to write one) and plenty of info on the internet if you really want to get into it.

Check out some of these websites for detailed instructions on coffee cup reading:

And if anyone hasn’t caught my youtube video, you can learn how to make a Greek coffee here: