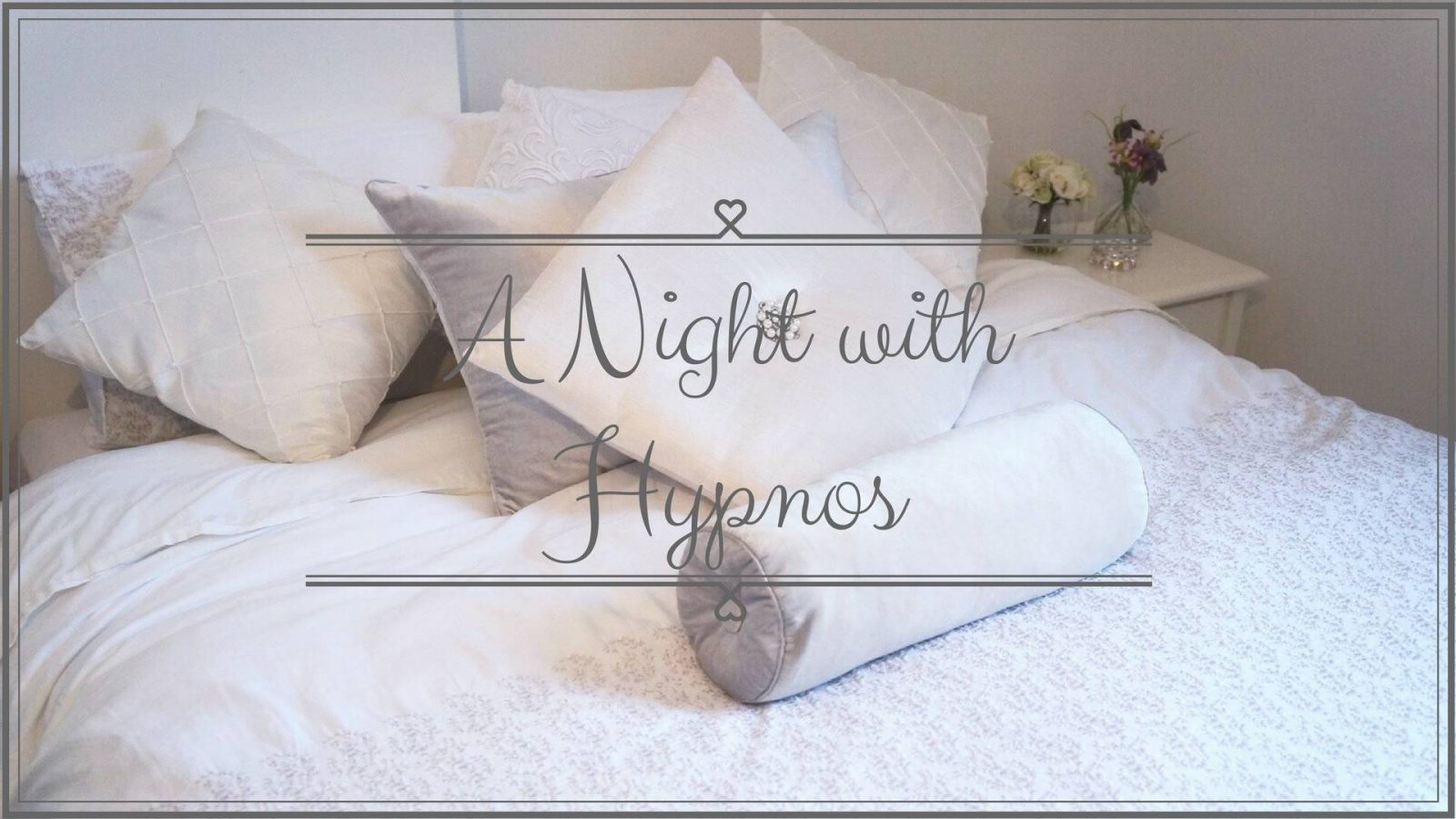 Ah Hypnos, the God of Sleep. What a great guy. So calming, so gentle, and so very very dreamy. Unfortunately these days I rarely get to spend a night with Hypnos. Instead, my two little monkeys have invited Chaos to join us and poor Hypnos has been banished to the Underworld.

I’m talking about SLEEP of course!

We all need it. But most of us don’t get enough of it.

So after nearly 6 years in a crappy double bed (which my Greek Grinch refused to be parted with) – I have finally indulged in a KING SIZE luxury sleep vessel to accommodate my growing Spartan army who regularly invade.

Ok so it’s not a SUPERKING which I would love but just seems a) ridiculously expensive and b) ridiculously large for our modest sized bedroom – but those few extra inches make ALL the difference.

I was lucky that my search for the perfect bed coincided with the summer sales in most retail stores so after some hard-core research I set my heart on the Hypnos King Size 4 Drawer Divan base and the Hypnos Orthos Silk EXTRA FIRM mattress. Silk is very cool and the great thing about this particular mattress is that you don’t have to turn it.

It’s important to get a base and mattress that compliment each other, so for example if you wanted to go for a pillowtop matress (which is those with the extra layer of sort of billowy pillowy material) then you would need a base to accommodate it.

I bought our bed and mattress from Elys in Wimbledon but lots of bed stores stock Hypnos and it’s a good idea to try out lots of different beds and mattresses before taking the plunge.

Seeing as I was spending my hard earned cash on a new bed I decided to splash out on some really good quality bed linen as well.

My pillows are fairly new so all I needed were king-size fitted sheets, duvets, duvet covers, a bedspread (optional). And cushions. Lots and lots of cushions.

I went all white on the night, deciding to keep all my colours relatively neutral and bought two bed sets (pillowcases and duvet covers only) mixing white and grey/silver:

I bought my fitted sheets separately from Elys and chose the Egyptian Cotton range with a 500 thread count. The higher the thread count, the denser the cotton – you can even go up to 1000 thread count but unfortunately my pockets aren’t deep enough for such an extravagance.

I’ve never really ‘dressed’ my beds before but I’ve suddenly gone a bit Laurence Llewelyn-Bowen and everything is now about those extra finishing touches. I bought a load of different style cushions – some big, some small but kept them all in neutral colours to just add that little bit of glam and comfort.

I also bought a couple of other cushion covers in the sale from Zara Home for old cushions that I already had and needed to be spruced up as well as these pearl covers from Amazon.

My quality of sleep is now so much better (apart from the financial nightmares I am suffering from) and it’s all down to Hypnos. So if you’re thinking about upgrading your bed or just your bed linen, definitely go Greek.

P.S. If any of the links are broken it is probably because I ordered all this stuff a while back and have only got round to publishing the post now! But if you do a general search I’m sure you will be able to find something similar somewhere…