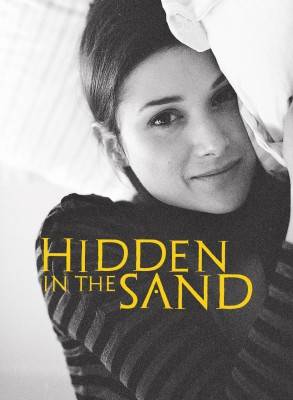 To celebrate my upcoming book publication AND my sister’s 25th birthday, this weekend we attended the Trafalgar Square Studio Theatre to see the play Hidden in the Sand; a beautiful and passionate love story set between London and Cyprus.

The play centres around Alexandra, a refugee from the Turkish invasion of Cyprus in 1974, who has made a home in London and cocooned herself from ghosts of the past. She meets Jonathan, an English classical scholar, who falls deeply in love with her. As she struggles to let go of the past, Alexandra realises she must confront and overcome her grief, or else risk losing her future.

For Cypriots, the summer of July, 1974 marks a grave time in their history, and many still bear the scars of what happened. Over July and August of that year, Turkish forces invaded and captured 40% of the North part of the island.

More than one quarter of the population of Cyprus was expelled from the occupied northern part of the island where Greek Cypriots constituted 80% of the population. A little over a year later in 1975, there was also a flow of roughly 60,000 Turkish Cypriots from the south to the north after the conflict.

Over 1600 Greeks and Greek Cypriots are missing from that summer. Some perhaps dead, some now living another life. Perhaps the real victims though, are those who still search for the missing. Those who cannot forget. Those who are frozen in time, simply waiting for their loved ones to return home.

Alexandra is one of those people, and Sally Dexter’s powerful, multi-faceted performance depicts a passionate yet vulnerable woman, who has buried herself in grief and made-up memories. The new relationship she begins with the quiet, yet intense Jonathan (a noble turn from Scott Handy) is beautifully played out, presenting a coming together of two mature souls, both bruised by events from their past.

The delightful Daphne Alexander plays Sophia, Alexandra’s headstrong photo-journalist niece, whose attempts to piece together the puzzles of the past, force her aunt into facing the reality of her situation.

Powerful performances were given by the entire cast and a scene between Alexandra and her estranged sister Eleni (played by the excellent Yolande Vasquez), was particularly moving, as both characters pour fourth their pent-up feelings and learn to forgive one another.

The set design was simple yet effective, and the clever use of photography stirred up a mix of emotions for several audience members, who were moved to tears by the strength of the memories the play evoked.

James Phillips has written and directed a compelling story that slowly unwinds to reveal the truth of what happened that fateful summer, and explores the notion of what it means to wait, and whether love can overcome the past.

Hidden in the Sand is showing at the Trafalgar Studios until Saturday 26th October. You can buy your tickets here.