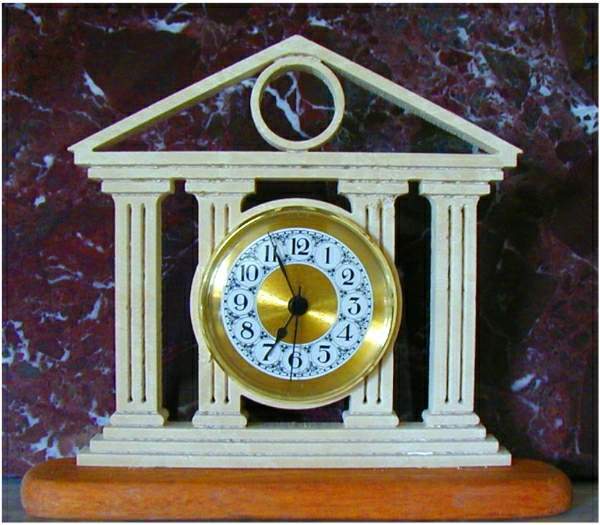 A lot of Mediterranean countries are renowned for their seemingly laid back atmosphere and easy-going lifestyle. What people don’t seem to realise is that whilst a slower pace of life may seem idyllic, a life that completely slows down to the rate of a snail’s pace is just damn annoying!

The grass in glorious Greece (note the alliteration) may look greener, but it definitely won’t have been cut for ages as the Greeks won’t have got round to it!

Getting something built, fixed or delivered on time in Greece is like asking your Greek grandmother to stop force-feeding you. IMPOSSIBLE.

Quite a few, (if not all) of my Greek relatives, have absolutely no concept of time whatsoever. After all, time WILL wait for a Greek as the Greeks invented it!

In Greece and Cyprus, the abbreviation of Greenwich Mean Time, GMT, translates as “Greek Maybe Time”.

When a Greek man says, “I’ll be 5 minutes,” what he really means is “I have no idea how long I will be, but make sure there is food on the table when I get back.”

Trying to get from A to B in one simple move is a difficult task for many Greeks. Distractions (and people asking you where you are going) lurk around every corner.

My father once popped up the road to Tesco to buy some milk, telling us that he would be 10 minutes.

One hour later he returned having bought the entire cake section but not the milk.

My husband’s understanding of time is also non-existent.

He truly believes that unless he is physically seated on an aeroplane, the pilot wouldn’t dare take off without him.

He seems to think this is normal.

On a recent trip to Cyprus (where else?), he  left me getting ready in the hotel while he popped back to the family home to drop something off.

Two hours later he returned. He had stayed for breakfast. And clearly lunch.

A Greek persons attitude to time is very different from the norm. It is completely acceptable to turn up at someone’s home after 10pm, (even when they have a flight leaving very early in the morning!), yet trying to get hold of them between the siesta hours of 2pm and 5pm is virtually impossible!

Wednesdays are half days. And of course on Sunday there is no business time at all.

To some, this may seem like a wonderfully easy-going way of life, just turning up to places when you want to, without a care (or watch) in the world. To those of us who are more disciplined with our days, it is a complete nightmare.

It’s just all frustratingly Greek to me!