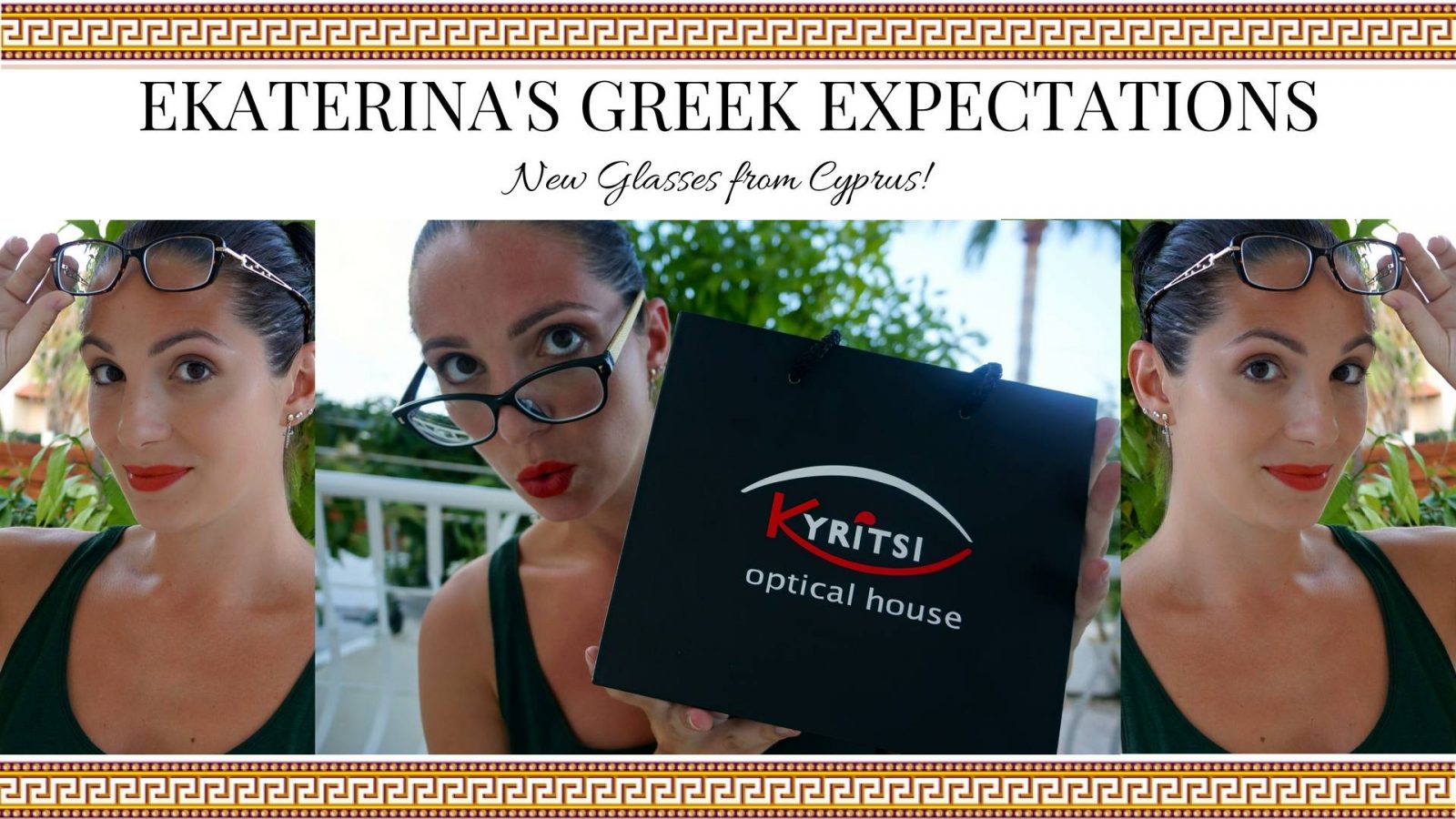 Whilst in Cyprus last summer, my son snapped my specs in two and I was forced to purchase a couple of pairs of designer prescription glasses. This is the third time I have bought new glasses from Cyprus – the first time was when I was on a family holiday aged 13! The opticians out there continue to impress me with their expertise in optical testing and vast range of spectacle designs on offer.

In a completely ‘spur of the moment’ moment I filmed a little video whilst Pip was sleeping so that you could see the glasses I bought and also to talk a little about the range of choice out in Cyprus compared to England.

It may come as a surprise to some of you that I am almost as blind as a bat and have been wearing glasses since I was eight years old. I am short sighted so I can’t see into the distance, or in fact at any distance (!), so I wouldn’t have a clue who you were if you were stood even just a few metres away from me. In fact I even have a stigmatism in one of my eyes which means that it is rugby-shaped rather than football-shaped…

HOWEVER, I have EXCELLENT close-up vision and have to actually take my lenses out / my glasses off to pluck my eyebrows which is just weird.

Anyway, I bought two pairs of glasses from a shop called Kyritsi in Larnaca and I absolutely love them. They are SO MUCH CHEAPER than specs from home and the actual eye test itself is very thorough and they have all the latest equipment.

Btw I should mention that not only do Cyprus have a great range of prescription glasses, their variety of SUNGLASSES is also outstanding and FAR CHEAPER than back home so whatever your optical needs, Cyprus definitely has the answer!

I hope this little video is at least partially informative (!) and if you like it please do check out the rest of my YouTube Channel and SUBSCRIBE.

P.S. I realise I am not looking directly into the camera in this vid – this was actually filmed a while ago before I knew what I was doing. Well I still don’t.