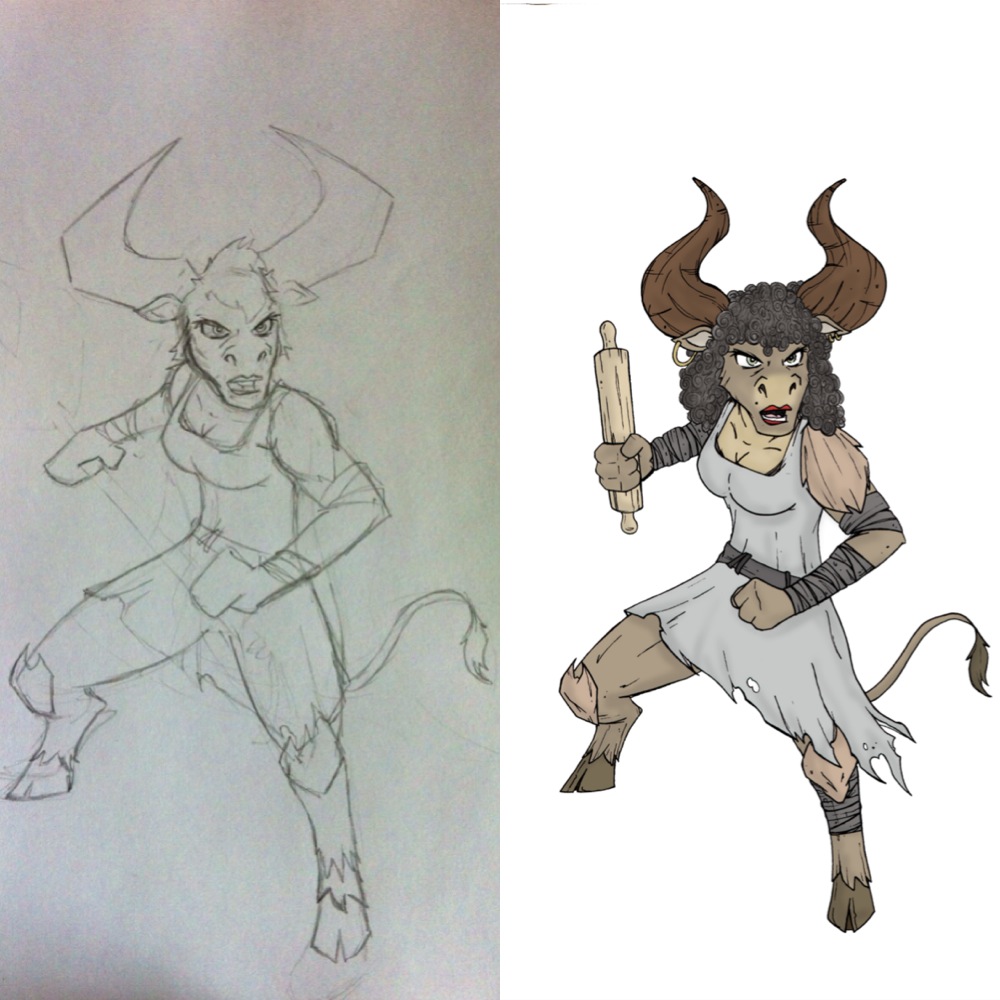 The front cover of a book is arguably even more important than the content inside – particularly when it comes to the promotional stages. Some people can be completely turned off reading a book if the cover doesn’t appeal to them.

With that in mind, I was determined to create a really interesting front cover for my new book Theseus & the Mother-in-Law and Other Myths & Legends. My first literary outing Greek Expectations: The Last Moussaka Standing, was part memoir, so it seemed right that I put myself on the front cover in what I hope was a relatively amusing pose (!)

My new book is a re-telling of all the ancient Greek myths and legends so I wanted a cover that was fun and comical, yet simple and effective.

While I did contemplate having a picture of myself dressed as a minotaur, I feared that this might be taking things too far…

I should probably note that the book does not actually involve a female minotaur. I decided to put a female minotaur, rather than a male one, on the front cover to reflect the nature of Theseus’ potential mother-in-law, Queen Pasiphae, as well as to reflect the title – Pasiphae is in fact the mother of the real minotaur and while she does not resemble a bull, at heart she is just as ruthless as the minotaur. Hence the title is a play on words as well as part of the story. As is the image. Oh lord, I’m even confusing myself!

Twisted Dredz has his own website:  http://twisteddredz.wordpress.com and a Facebook page where you can see more examples of his brilliant work.

I hope you all like it and HUGE THANKS to Twisted Dredz! 🙂