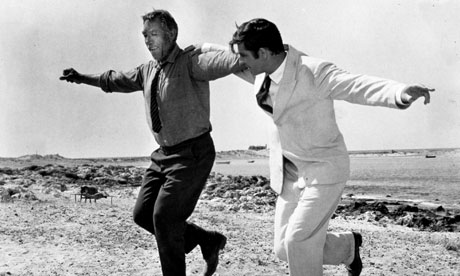 Greek cinema has a long and rich history with many Greek directors and actors gaining international acclaim for their work. In 1906 Greek Cinema was born when the Manakis Brothers started recording in Macedonia and the French filmmaker “Leons” produced the first “Newscast” from the midi-Olympic Games of Athens (the unofficial Olympic games of 1906).

The 1950s and 60s were considered to be the golden age of world cinema and Greek cinema. The Thessaloniki International Film Festival was first held in 1960, and would subsequently evolve into the primary showcase for emerging filmmakers from Greece and the Balkans region. The festival showcases both international and Greek films, and awards the “Golden Alexander” for the best feature film.

In the last 50 years the production of Greek films has risen dramatically and in more recent times a new generation of young directors has emerged. More arty, contemporary-paced films have become all the rage, bringing commercial success and critical acclaim. Still, the older generation of films continues to amass cult followings.

So which Greek films make the grade?

I made this list with the help of various ‘top film’ websites – which Greek film would you put on your top ten list?