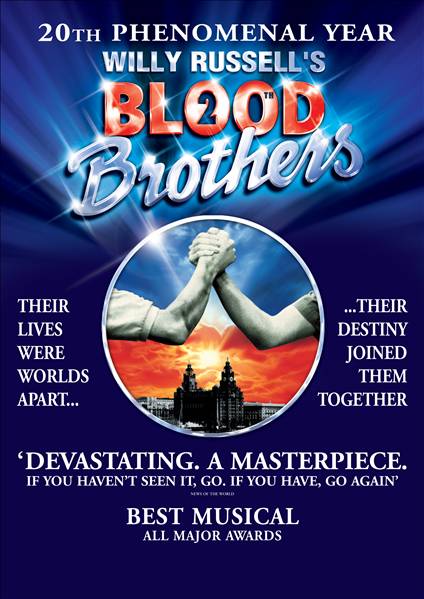 I managed to bag myself a (not-so cheap) ticket after deciding that this was one show I could not miss.

Blood Brothers tells the tragic story of twin brothers Mickey and Eddie, separated at birth, but reunited as friends from different social backgrounds.

The plot is driven by the age-old debate of nature versus nurture, deepened by themes of love and superstition.

The musical numbers are dramatically touching, mixing elements of jazz with rock opera, and delivered with such passion by the exceptionally polished cast, that it is difficult for the audience not to feel every emotion etched on the actors’ faces.

My only gripe was that I found it took time to get used to the adult actors playing the characters as young children. I also found the constant presence of the narrator, come chorus, come devilish conscience, somewhat bemusing, although his sinister song The Devil’s Got Your Number had to be one of the best.

Ultimately, Willy Russell’s ability to portray the innocence of childhood deteriorating into the often harsh reality of adult life, is remarkably evocative and the climatic anthem had the entire audience on its feet wildly clapping their appreciation.

One thing is for sure, the end of Blood Brothers will leave the Phoenix Theatre feeling bereft for some time…well at least until Goodnight Mister Tom begins its run next week. In the meantime, I certainly won’t be putting my shoes upon the table.