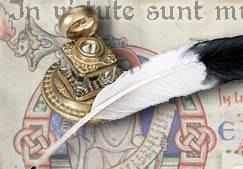 Many thanks to fellow author Maria Savva and Bestsellerbounds Recommends for a really interesting interview about my book, where I had to write 10 things about myself using the letter L! – check out her blog and read the original interview here.

Tell Us One Thing… with author, Ekaterina Botziou

**Today we have a Tell Us One Thing interview with author Ekaterina Botziou. First let’s find out a bit about her book…**

Growing up in a big, not-so-fat, semi-Greek household, Ekaterina Botziou spent much of her childhood defying her father’s wishes for her to learn to play the bouzouki, and refusing third helpings of moussaka. Determined never to be the stereotypical Greek woman stuck in the kitchen, she chose to while away long summer days holidaying in Greece playing, “What’s the time Mr Wolf?” with her 101 Greek cousins, rather than be stuck inside learning to cook with Yiayia.    Unfortunately Zeus had other ideas, and in a twist of fate some years later, Ekaterina found herself married to a Greek-Cypriot and battling against the stale old laws of Greek tradition.   Part memoir, part rant, part survival guide, Ekaterina’s cautionary tale of Greek love and life gives a hilariously witty insight into the trials and tribulations of being a modern woman tormented by guilt-inducing mother-in-laws, pandofla-wielding Grandfathers, and oppressively hairy husbands.

TELL US ONE THING…

I’m a big fan of the word ‘literally’ – I often use it to emphasise or exaggerate my sentences. I was literally salivating at the mouth when my mother presented me with a huge piece of chocolate cake. Of course I was not salivating in the literal sense. That would just be disgusting.

My most lovable Disney movie character has to be Quasimodo aka The Hunchback of Notre Dame. Trapped for years in the bell tower with only three stone gargoyles for company, he still managed to maintain a positive outlook on life, despite having his heart broken by the one woman who wasn’t afraid to look at him. We could all learn a lot from him.

I do love a lazy Sunday. I’m an early riser, so Sunday is the only day I tend to have a lie in and boy does it feel good. My perfect family Sunday would involve a delicious bacon buttie breakfast, followed by a leisurely walk and a snoop in the shops, an afternoon with a good book and a home cooked meal, and an evening of family entertainment – including lots of chocolate cake.

I have been astounded by the number of people who have shown their loyal support for my blog, book and other ventures, and who continue to give me encouragement and positive feedback. Thank you all.

Having studied Law at university, I have come across some ludicrous old rules and regulations that have never been changed, for example,  in Athens a driver’s license can be taken away if the driver is thought to be either “poorly dressed” or “unbathed”. Bizarre!

I have two younger siblings who I am very close to – my sister is a year and a half younger than me, and my little brother is eight years younger. He is not so little now but he remains the baby of the family – as most Greek boys do!

I find that my Greek relatives have a much more lackadaisical approach to life than my non-Greek relations. While this easy and relaxed attitude can sometimes be a welcome relief from the stress of the London rat race, it can also be very frustrating when you want something done on time!

Many of my Greek relatives in both Greece and Cyprus have been affected by the lamentable economic situation that is still on-going. Despite their troubles, they have refused to back down and it just goes to show that in times of trouble, real strength shows through.

I once met the legendary Clint Eastwood on the set of his film ‘Hereafter’ in 2010. I was playing a supporting artiste role in a coffee-shop scene and chatted briefly to him about his lunch, which was a bowl of purple cabbage. He told me that it wasn’t very tasty. I agreed.

I would say that I am quite a logical person – I like to weigh up the pros and cons of situations and plan ahead. Sometimes though, I just go with my gut instinct and to hell with rhyme and reason!

**Thank you for your entertaining answers, Ekaterina! It was wonderful to learn more about you.**