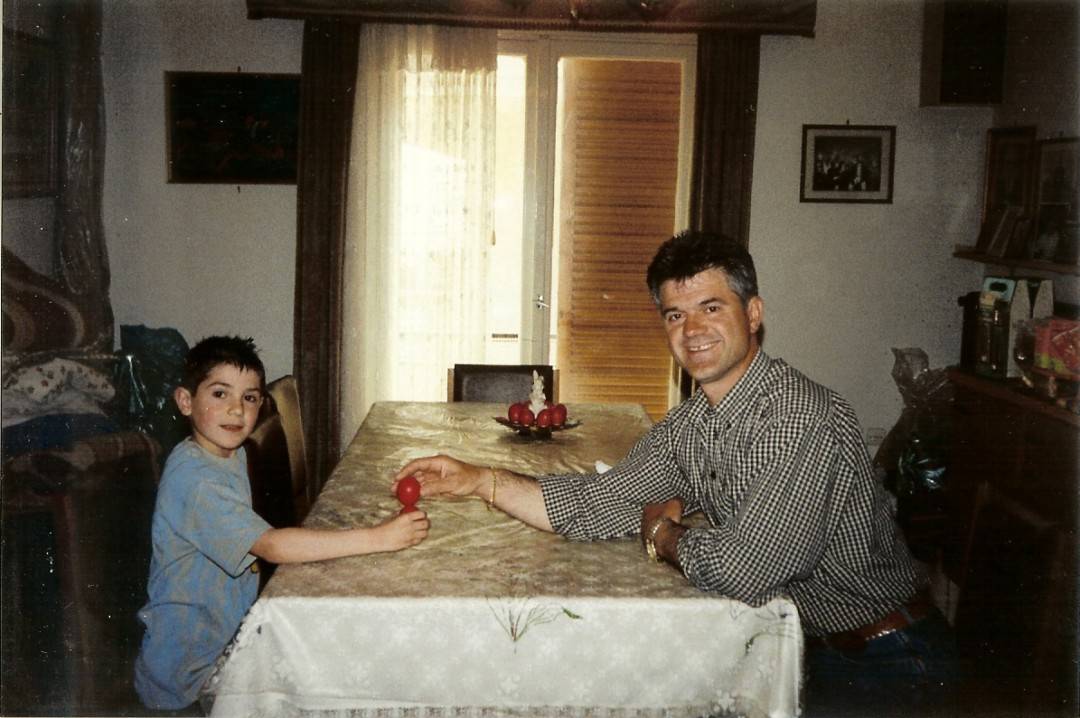 This weekend is Greek Easter. The Greek Orthodox Easter dates tend to differ from Western Easters and are based on the Julian calendar rather than the Gregorian calendar. Greek Easter is always after the Jewish holiday of Passover and must be on the first Sunday after the first full moon after the Spring Equinox.

Greeks begin their Easter traditions on Clean Monday – roughly 40 days before Orthodox Easter, with the period of Lent. Greek Orthodox Lent is a time of fasting, which means abstaining from foods that contain animals with red blood (meats, poultry, game) and products from animals with red blood (milk, cheese, eggs, etc.), and fish and seafood with backbones. The purpose of fasting is to cleanse the body as well as the spirit in preparation for accepting the Resurrection at Easter, which is the most sacred of all observances in the Greek Orthodox faith.

Traditionally Greeks east a bread known as lagana on Clean Monday. Check out this youtube video recipe from Kouzounas Kitchen.

Aside from food other traditions on Clean Monday involve making a Lady lent doll (Κυρά Σαρακοστή – Kee-rah sah-rah-kos-tee). This is a tradition among children who make either a paper doll or a cookie with seven legs, which represents the number of weeks in Lent. Each week you are meant to remove a leg (brutal!) until Easter. To make your own Lent doll template click here.

Greeks spend the day going on excursions into the great outdoors or visiting their ancestral villages and return to a family meal usually formed of fish and lots of other tasty foods.

Preparations for the Easter weekend begin on Holy Thursday with the baking of the traditional Easter Tsoureki bread, and the red dying of hard boiled eggs to represent the blood of Christ.

In the evening church services include a symbolic representation of the crucifixion and the period of mourning begins. 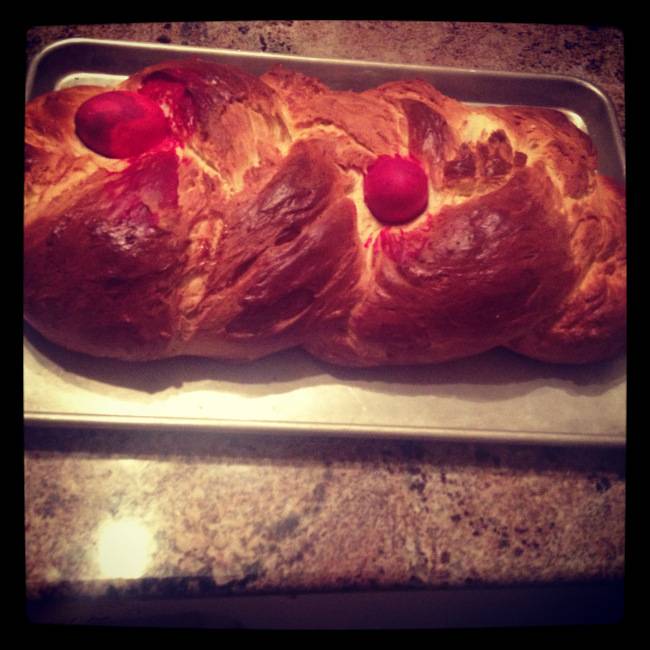 Holy Friday is a day of mourning – work and cooking are off the agenda. If anyone does cook, a simple meal of beans or thin soup is likely to be on the menu.

Traditionally, women and children take flowers to the church and the Service of Lamentation mourns the death of Christ.

On Holy Saturday, the Eternal Flame is brought to Greece by military jet, and is distributed to waiting Priests who carry it to their local churches. The event is always televised and if there’s a threat of bad weather or a delay, the entire country agonizes until the flame arrives safely.

In the morning, preparations begin for Sunday’s feast and many dishes are prepared in advance such as the traditional mayeritsa soup which is eaten after the midnight service.

The Service of the Resurrection is hugely popular and Greek churches are often so full that the congregation spill out onto the street. At midnight, the church bells toll as the priests yell out “Christos Anesti!” (Christ is Risen!) and chaos ensues as everyone battles to light their white candle to take home with them. Those successful enough to reach their homes with the candle still alight, will then light other candles and let them burn through the night – a MAJOR fire hazard I know.

On the Sunday Greeks will do what they do best: EAT. The main attraction of the day is lamb. Wine, ouzo and other drinks will be on hand to wash all the meat down and various sweets will be offered including Koulourakia – butter twist cookies. The red eggs get smashed to pieces in a special game called tsougrisma whereby players attempt to crack their opponent’s egg, symbolising the Christ breaking from the tomb. Festivities last long into the night.

After all the excitement, Easter Monday is a day to take things slowly, and gobble up the mountains of leftover meat!

Next year the Greek and Western Easters fall on the same date so I will be well and truly stuffed and probably won’t want to see anymore meat until Christmas.

So καλό Πάσχα to you all and to all happy feasting! May the best egg win!